My background is steeped in a passionate love of drama, theatre, performing and poetry.  I always loved being in the school plays when I was younger and was often accused of being a bit of a show off!  After gaining my LAMDA (London Academy of Music and Dramatic Art) grades and medals and a short stint at the National Youth Theatre in London, I was convinced that I would one day become a famous actress… The only problem being that I was quite a lazy teenager.  I didn’t want to have to audition endlessly – hoping instead that I would be stopped in the street by Ismail Merchant or Kenneth Branagh and be offered the lead role in their next major film!

Sadly, this never happened and I began a career in magazine publishing in London during the heady Eighties instead!  When I returned to Norfolk eleven years later, my first job was to help Paul Hands in the Auden Theatre at Gresham’s School, where I had spent a very happy two years in the sixth form.  I then taught Drama at Beeston Hall School before having my two children – returning there a few years later to teach Speech and Drama for a while.

I have been teaching from home and at both Gresham’s Prep and Senior Schools over the past sixteen years, where I continue to teach now.  I also organise drama workshops for groups of children during the school holidays – please contact me if you would like to find out more. 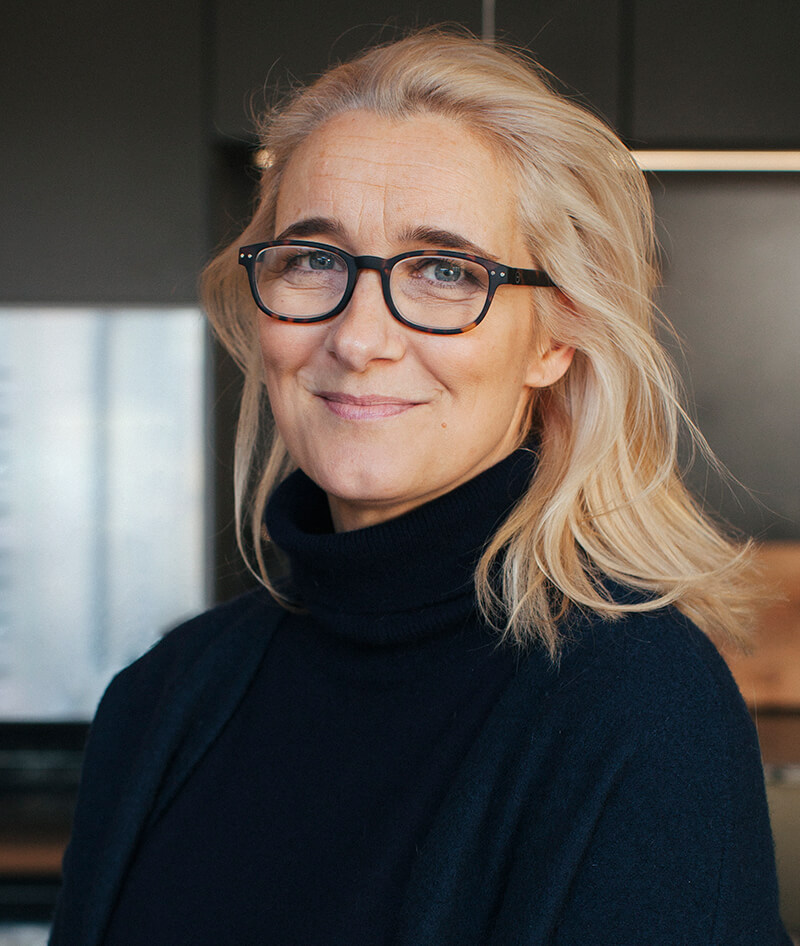 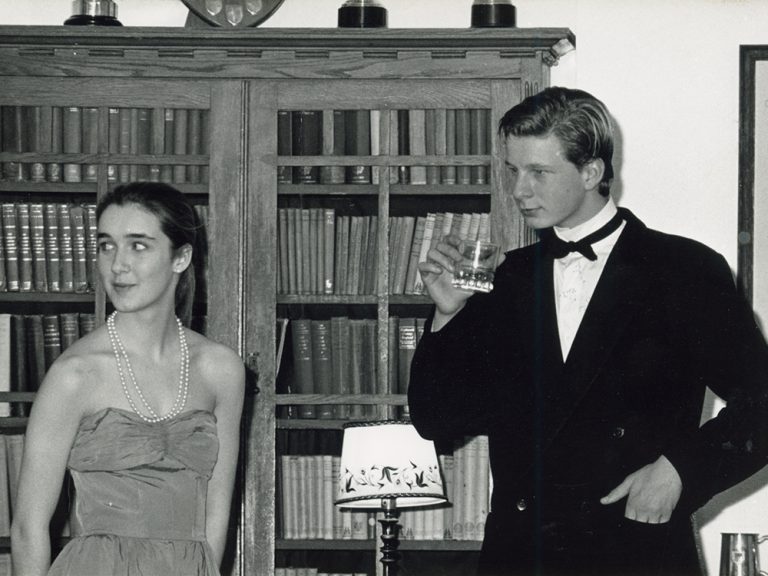 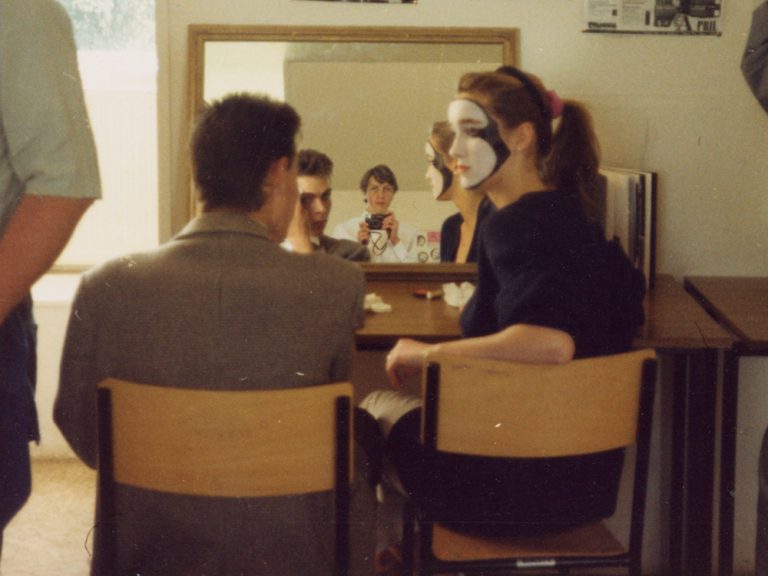 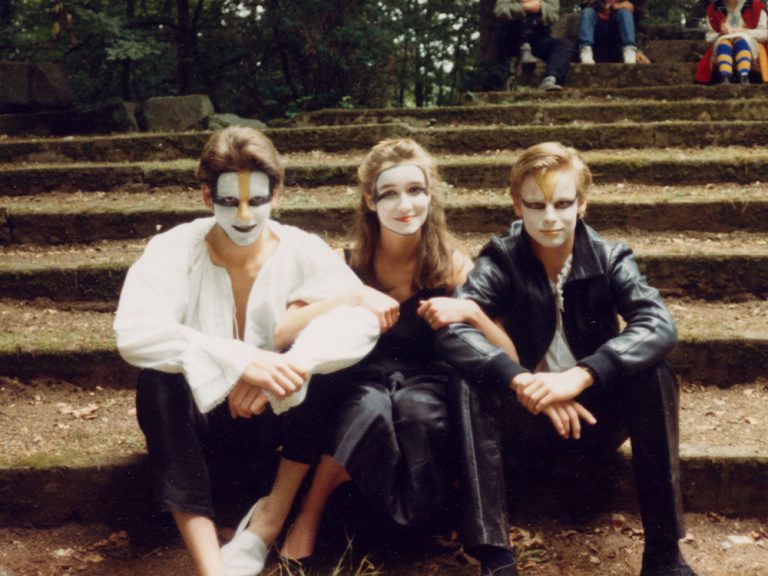 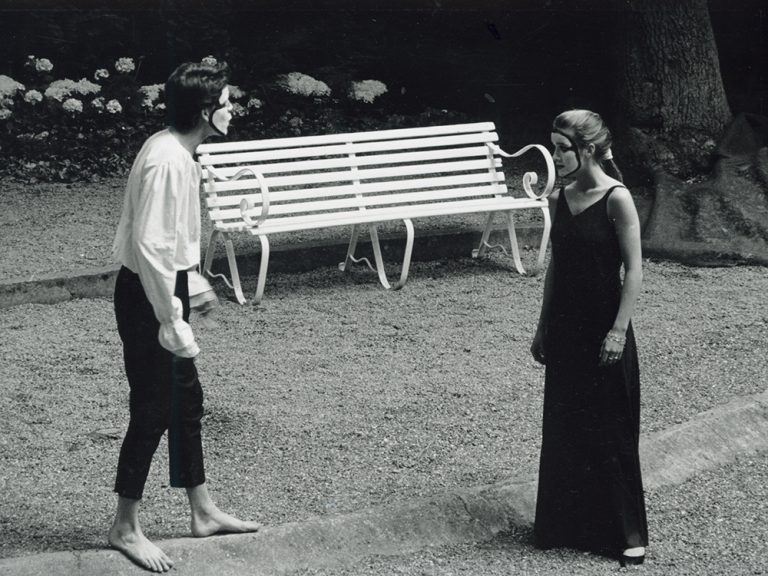 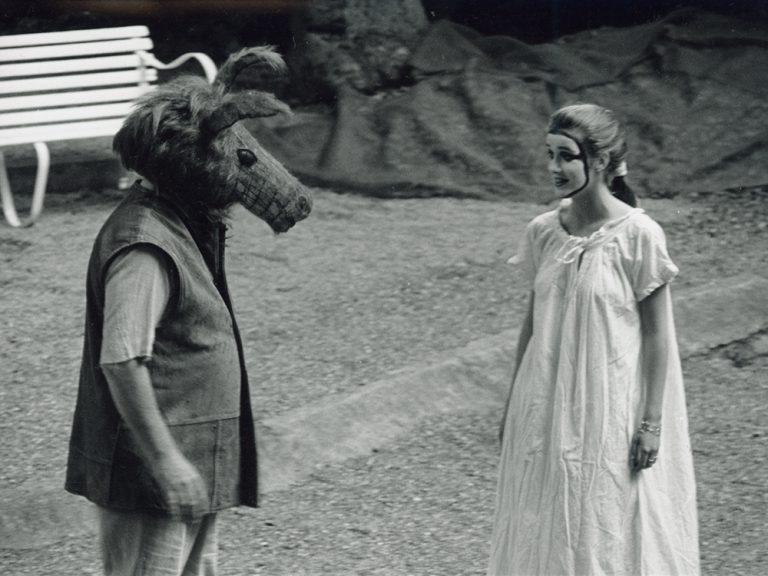 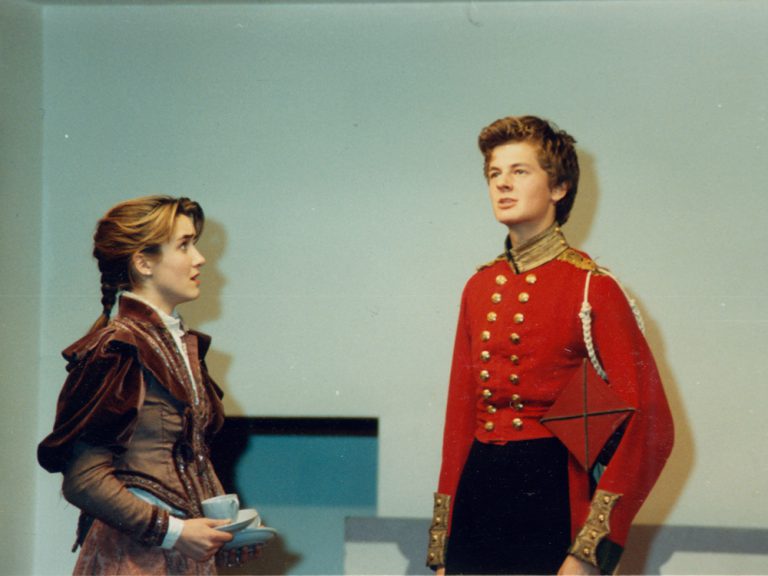 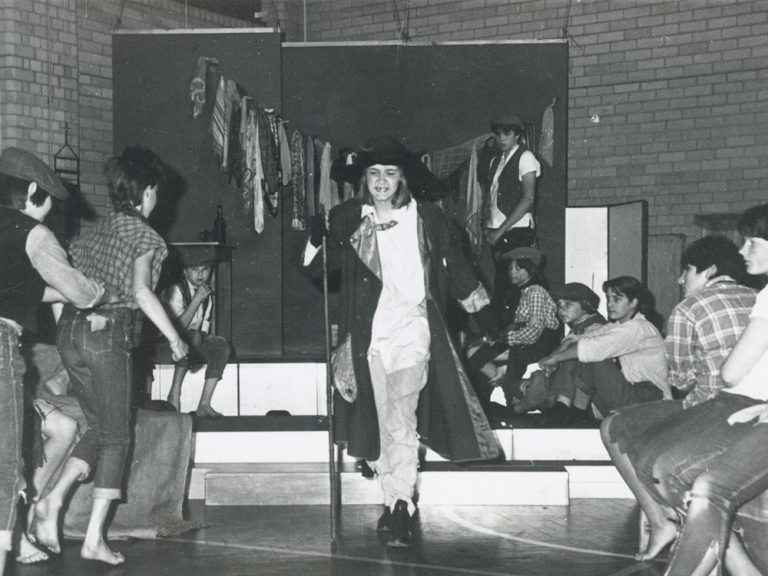 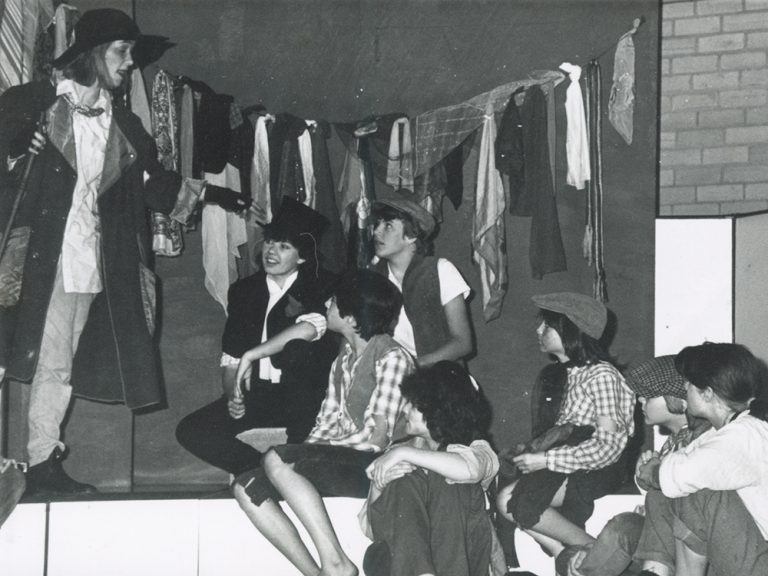 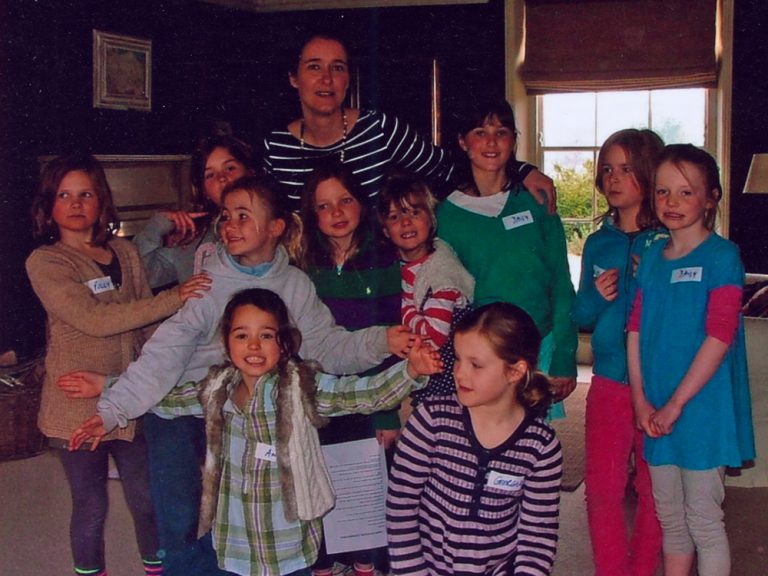 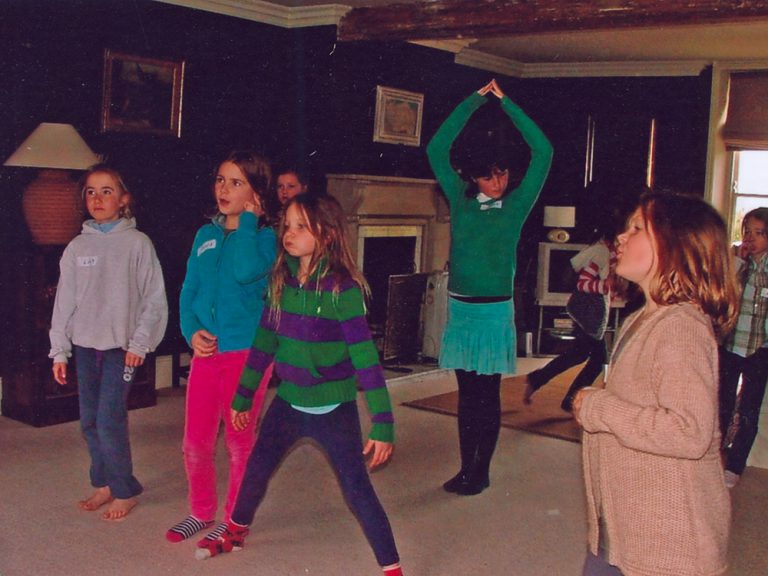 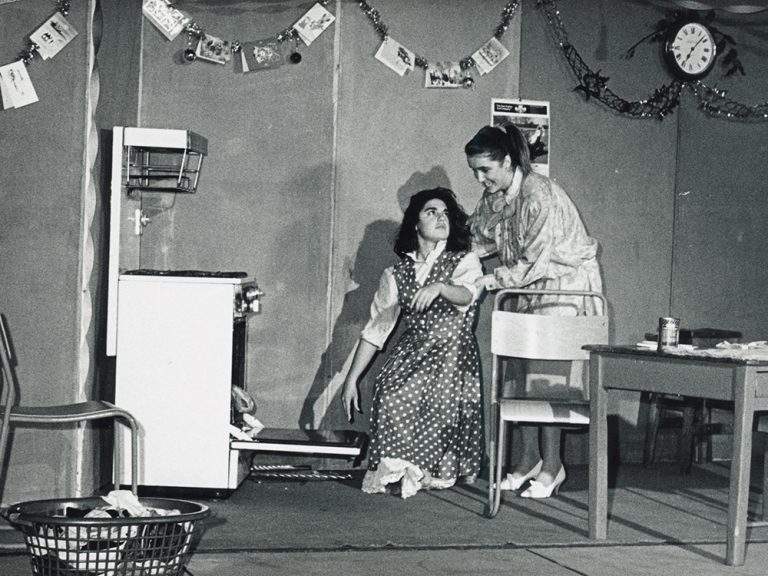 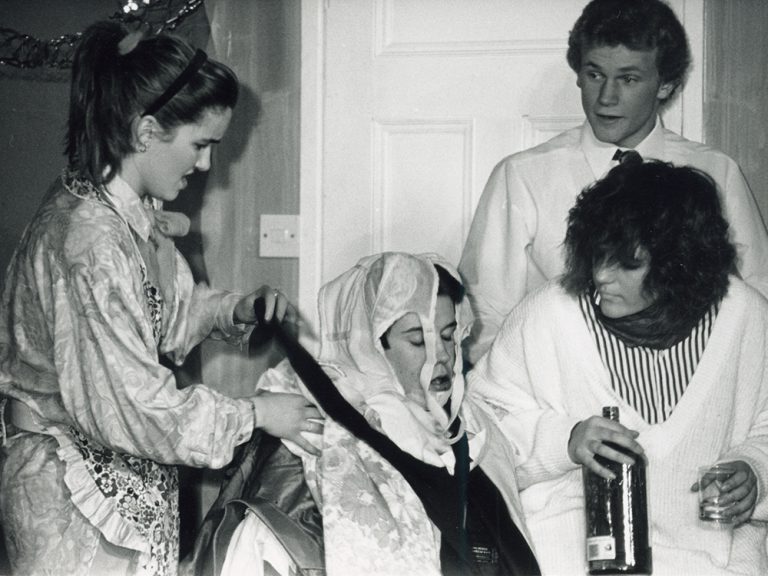 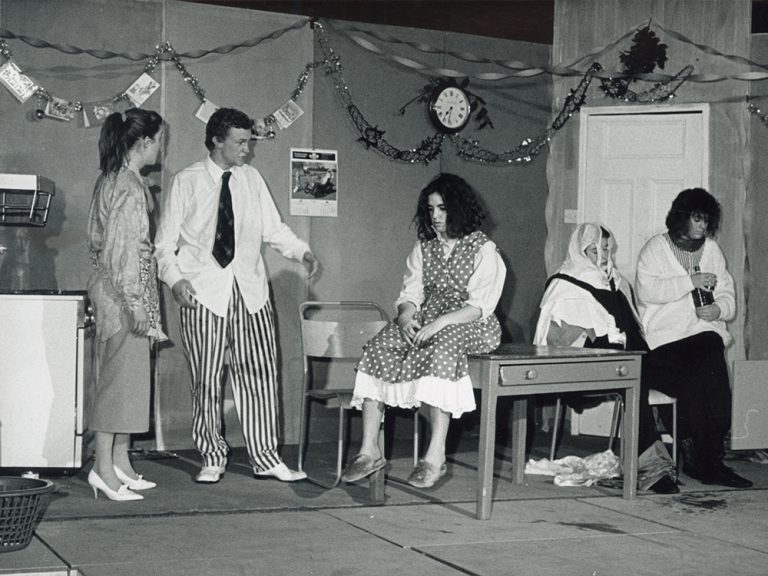 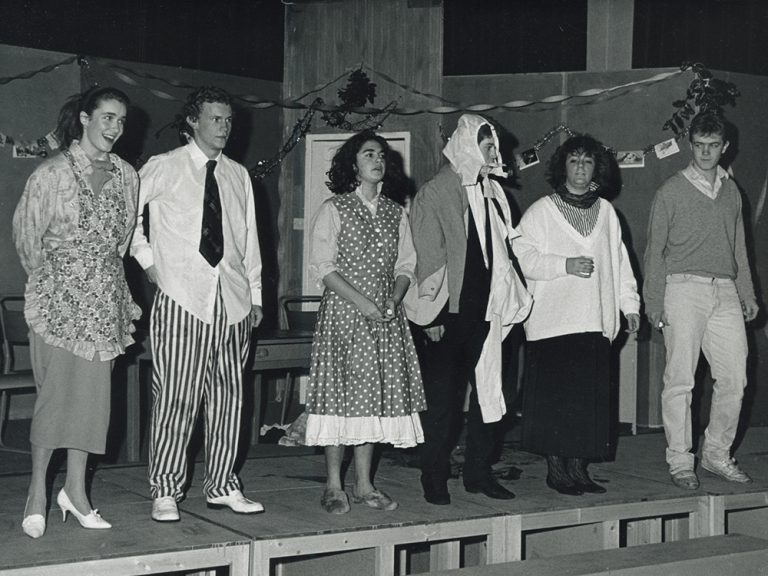 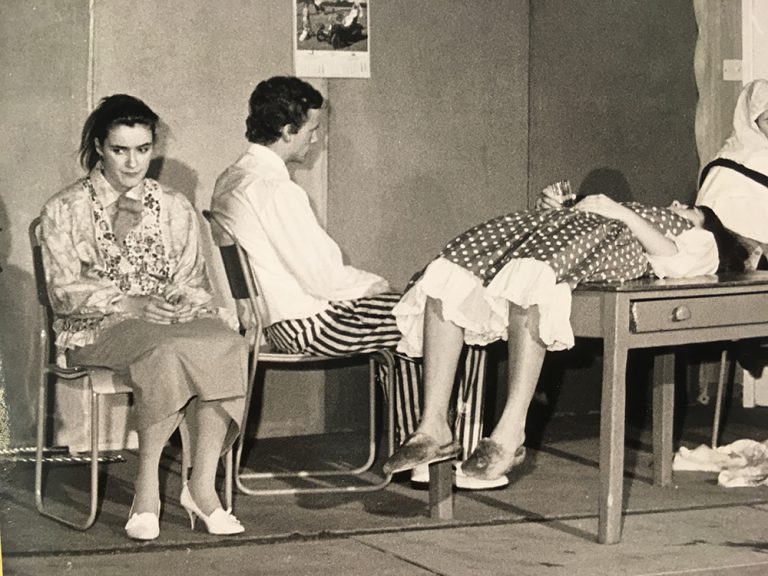 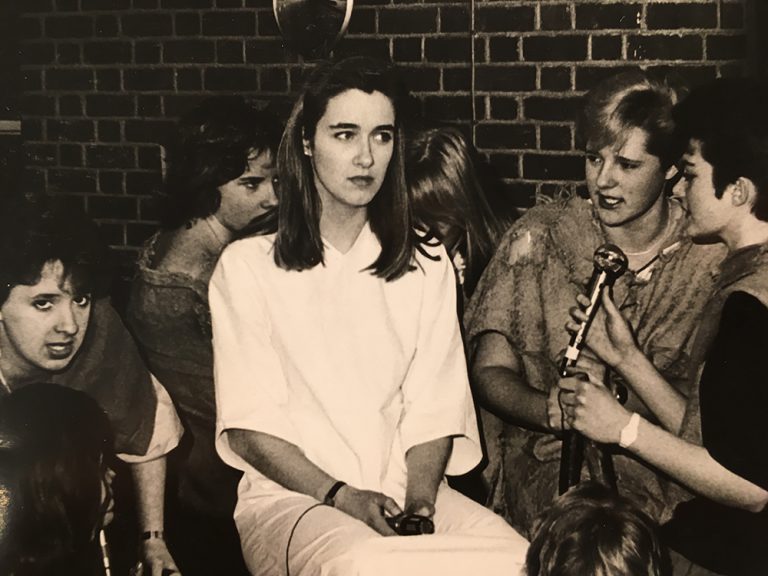 Me too! I’ve missed seeing all my pupils ‘in r

ONLY THE MOST GLAMOROUS HEADGEAR WILL DO - when en

ANYONE REMEMBER THIS LOVELY MAN? None other than T

AND HERE’S THE CLIP!🎬 Blink and you’ll miss

HERE I AM WITH SHIRLEY MACLAINE! Flashback to 1988

A Midsummer Night’s Dream - I asked one of my Ye

It is always wonderful to get positive feedback an

ALWAYS A TREAT - when bunnies join in on remote le

Flashback to summer @lamdadrama workshop fun and a

This ray of sunshine always brightens my day - esp

LOCKDOWN LAMDA - please get in touch if you know s

MY BEST CHRISTMAS PRESENT - all my pupils passing

My son is hoping to continue his lessons with Eliza as he approaches senior school – he has always been genuinely inspired by his time with her – and can still recite a poem they wrote together three years ago called Spy Bird!  Her enthusiasm is contagious and he is lucky to be taught by her.

Eliza has been a wonderful teacher to all three of my daughters over the past six years.    They really enjoy their lessons with her (which almost seem like too much fun!)  and have all achieved excellent results in their Speech and Drama exams.    All have become much more confident public speakers and have a real interest in Drama so we all enjoy theatre visits together.

Eliza has provided my daughter Genevieve, with invaluable skills over the past 2 years . I approached Eliza as she had been recommended to me by the school that Genevieve currently attends.  Initial workshops in school holidays proved to be very successful with the emphasis on learning to be more confident and to have fun when speaking and acting in front of others.  These skills will be invaluable to Genevieve throughout the rest of her school days and beyond.

Our daughter has attended several of Eliza’s drama workshops and we have been delighted how she has grown in confidence.  She is now passionate about her drama, which I am sure is down to Eliza’s inspirational lessons.  It is not very often you find someone who has such a special way with children, Imogen always come away with a big smile and asking ‘when is the next workshop?’.  I would highly recommend Eliza to anyone interested in developing their drama, taking exams, needing help with confidence or just wants a bit of fun!  A very talented and inspirational teacher.

My youngest daughter loves her one-to-one lessons with Eliza and also really enjoyed the group workshops at Beeston Hall School.  I hope we can arrange a few more lessons this year - so that my daughter will stop nagging me about them!  Hopefully she will be able to take her next L.A.M.D.A  grade in 'Speaking Verse and Prose' too.

I have two children who both attended Eliza Miller's LAMDA workshops in their school holidays.  Eliza worked with them to write and produce poems and skits and encouraged them to articulate these poems out loud in front of an audience of children and parents.  I believe that because of Eliza's enthusiasm and dedication working with the children, she brought out in them an ability to stand up in front of others and speak with a clear voice and confidence.

Eliza helped my daughter with her audition pieces which led to her getting into her first choice drama school.  Eliza was enthusiastic, totally professional and went that extra mile to work with her.  She is a brilliant drama coach and I recommend her for all ages and abilities.

I had heard about Eliza being a brilliant teacher from loads of people but nobody quite prepared me for how good she is.  My daughter Arabella is passionate about Drama and is hoping to take a Drama Scholarship to her senior school and she has been working with Eliza for about six months.  She has come on leaps and bounds and is always excited about her lessons.  Her confidence is blooming and she even managed to stand up and do a reading at a funeral infront of 100 strangers.  I am amazed that she is learning so much as they just seem to have such fun and Eliza brings even the most difficult poems and prose to life for her.  Every challenge Eliza sets Bel longs to meet and I truly believe that all our children would benefit from lessons with Eliza.  I think all the tools will stand them in good stead for the rest of their lives and I could not recommend her enough.

I wholly enjoyed and am grateful for my lessons with Eliza, which she runs from her wonderful home.
I truly felt comfortable and supported. Her thoughtful care and encouragement bolstered my confidence, and got my audition speeches into their best shape. Allowing me to ultimately be accepted onto LAMDA's Acting Diploma course. I believe I couldn't have done it without her. I would recommend Eliza's actor tutoring to anybody with upcoming auditions or performances.

Eliza is such a kind, caring and brilliant teacher. Eliza channels her enthusiasm and positive, encouraging teaching style in a fun and never boring way. I always look forward to her lessons! My confidence has grown throughout the years that I have had lessons and I have been pushing myself more to get the highest grades I can with the generous comments I receive from her every week. Eliza is a star teacher!

Supporting your daughter or son with their passion for acting is not just about buying tickets for the local community centre production, or a big, Youth Theatre musical at the Theatre Royal. Supporting them is about helping them to develop their craft, rather than rely on ‘natural’ talent (whatever that is?). A good way to do this is through their following of the LAMDA curriculum, working in groups or as a solo performer. To succeed here, you need a great coach, with a great rapport with their student and that is what we have found with Eliza Miller. Working with adult and youth theatre can bring the teamwork and supportive environment when things are not going well in rehearsals, but to understand your craft takes a special coach and Eliza is just that – very special. To have a tweenager get up early on a Sunday morning, to go to her lesson (with a smile), is as a rare as a hen’s tooth, but that is what we get, every week. Thank you, Eliza.

How to crown a Drama Queen

Eliza is so enthusiastic and her lessons are so much fun,  I especially love doing improvisation with her.  She makes me feel confident and I have learnt so much from her - I wouldn’t have got my LAMDA Distinction without her!

Eliza is inspirational, empathetic and so encouraging!  My daughter loves her lessons and always has great fun - she has learned lots about plays, acting and actors and her confidence has grown hugely.

Eliza is an excellent LAMDA teacher, she has the perfect balance of gentle encouragement and an infectious passion for all things words and verse.  She has really inspired the pupils she teaches and most importantly, helped build their confidence and nurture quality performance skills.  LAMDA lessons mean far more than examination results with Eliza - it is about developing the self and she does it brilliantly!

Building confidence, developing strategies for dealing with nerves, being comfortable in your own skin, enhancing language and communications skills are just some of the benefits gleaned from working with Eliza. Drama sessions with Eliza are so much FUN! Eliza is unrelentingly positive and has been a life line throughout lockdown and beyond.

Isla always looks forward to her LAMDA lesson, which have transformed her into a much more expressive and theatrical girl.  She has found her voice through the lessons, has become a much more confident communicator and the lessons have continued to foster her love of books.  Eliza always transmits her positive energy and enthusiasm to students and encourages them to make progress at their own pace.  I can’t recommend these lessons enough.

It’s great to hear Eliza work with the boys; the lessons sound so much fun and it is lovely to hear the infectious laughter and jollity from everyone during their sessions